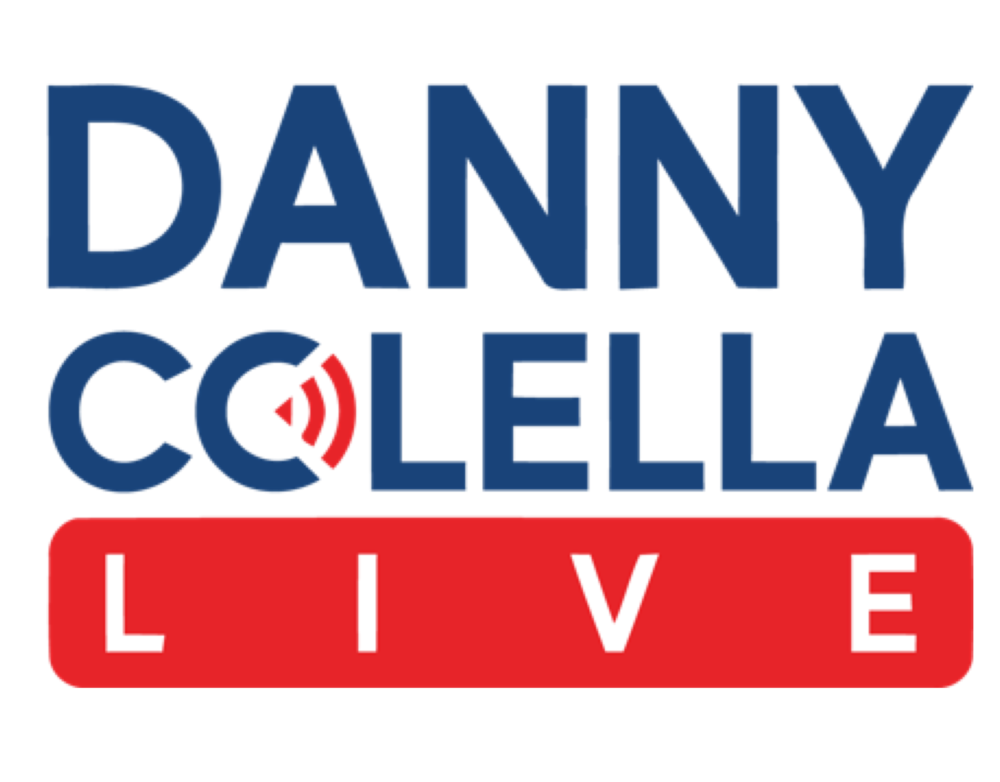 What are the benefits of going LIVE?

Hey, what's up, everybody, welcome to the live broadcast. Today's topic are, “What are the benefits of going live? Do I really need to go live to build my business? Is it really going to benefit me that much?” Well, I've got answers to those questions today and I'm going to break it down into 3 areas that I want to show you the real benefits of actually doing this. Because I get it, it's one of the more scary of scariest things you'll ever do. In fact, I'll be honest, most times before I go live, I'm a little afraid. I've been doing this for 5 years, and I'm a little afraid. But what I have seen is the insane benefits of actually going live. But I'm going to go even deeper than that today. I'm going to show you some of the data, I'm going to show you some of the main reasons why you should actually go live and how it's going to actually help you build your brand. But first, if you're hopping on live or you're hearing the replay, I want to know you stop by. Put your name, comment beside, say hello, give me your favorite emoji, whatever you can, let me know you're here to talk today. But my name is Danny Colella, I’m a Facebook Live marketing coach and consultant. I exist to make sure that you're seen and heard on social media. And all of that greatness that you have inside of you, well, I make sure that it comes out passionately, and you can start to connect with your target audience.

So, let's talk about 3 things today. The first thing, in a world of consistent posters, how will you stop the scroll? We know that scroll, right, like people are just scrolling and scrolling. What are you going to do to stop them? Because, honestly, inspirational quotes are… they've kind of been done. They've kind of been done through and through, but how exactly are you going to stop them? What's up, Shirley? Let me put this down here. Thanks for commenting. Hope you're having a good time and wrangling our kids upstairs. You're right… happen to be right up there. So, let's talk about 2 things that I want you to see. One, this is your social media impact just by posting. Sure, are you hitting people? Are you being seen? Are you getting 4, 5, 6, 7 occasional likes? Yeah, like it's not ‘not working’, but ultimately what you are missing is that biggest part of the glacier there. That bottom part (I never know which way to point), that bottom part right there, that is the impact of when you start to do your Facebook Live broadcast.

And honestly, over here, (again, I still don't have it right) this is what you need to know, viewers spend 8 times longer with live video. So, you might be that person that's like, “Well, hey, I don't like to do live, but I will record a video and upload it. And okay, is that good enough?” Well, not really, because people aren't watching that as much and Facebook isn't prioritizing that as much. We're going to talk about that in a minute. But people are actually spending 8 times longer with live video, and they're 10 times more likely to comment and interact; 10 times! These are statistics directly from Facebook's mouth. They are going to comment and interact more with your content if it happens to be live content. So, ask yourself, in a world of consistent posters, how are you going to stop the scroll? Well, video does it, video does it. I saw you scrolling, you stopped, didn’t you? You're watching this, that means it works.

Secondly, Facebook prioritizes live content in the newsfeed. It is an algorithm like killer, okay? So, let's go through this. Let's see, which one do I want to show first? So, how people are consuming content is changing. Live video is more appealing to brand audience. 80% of people would rather watch live video from a brand than read a blog, and 82% of people prefer live video from a brand over social posts. Like, this is a big deal. Also, for you people, here, this is what this next infographic is for. So, some of you people out there, you're like, “Hey, I'm uploading video, like I do a quick minute post every day and I upload it.” Well, there's been some huge pages, pages with hundreds of thousands of followers that did some blind studies as far as what happened between live and produced prerecorded content. And check this out, it's pretty… it's pretty mind blowing. So, of both page… pages they combined, agora pulse, which you can look them up, they're a huge leader in live video, they noticed that, out of reactions, Facebook Lives were 240% higher, comments were 1389% higher, and shares were 425.27% higher. Let those numbers sink in. That's the difference between prerecorded, meaning video that you're like, “Hey, I'm shooting this, here we go,” prerecorded content compared to live video content. So, you are getting pushed further, you're getting seen further, people are commenting, people are sharing. In fact, I'm just going to go ahead and ask you right now, if this… this information seems incredibly helpful to you, go ahead and click that share button. It helps more people get this information and it helps you look valuable because you're sharing information is valuable for them.

So, last but not least (and I love this one), Facebook notifies your audience. It is literally the only thing that you can do on Facebook where Facebook says, “Ping, Danny Colella is live. Ping, so and so is live. Ping.” It is the only thing that generates a notification. And in case you haven't seen it, this is what it looks like. “Russell Holly is live now,” that is a digital touch, okay, that is a digital touch. Not… they don't even have to go in and watch it. The fact that they see that you're live, they know that you're working, they know you're out there. I've worked really hard to let you all know who I am and what I do. And I know as long as you see my face that you don't even have to stop, you don't even have to watch, you're going to know I'm out there working, helping. And when the time is right for you to finally pull that trigger and look into getting some coaching to help build your brand to be seen and heard on social media, I know you're going to reach out to me. In fact, I had a meeting with somebody the other day, and I told her that 99.9% of my business is people saying, “I'm ready. Like, I'm ready.” I've done all this hard work, I've…I've talked to them, I've communicated, I've added value, so much to the point where most of my clients just go, “I'm ready. Let's do this.” And how would you like if your clients were to the point where you got to build trust and credibility through video to the point that when they needed you, all they're going to do is reach out to you and say, “I'm ready.”

Coming from somebody that gets to benefit from this, I got to tell you, you want it. It is something that you really want because it's powerful and it takes away a lot of the pressure of the sale, right; the sale. Because there's one thing I know about all of you, you've got something great, you've got something amazing. You know that you can help someone, change someone, offer somebody something that's going to help them get through the times in their life that are difficult or the things that are holding them back. And ultimately, you want to make more money doing it, and I got to tell you, I've found the secret. In just 9 months, I am fully sustainable in my business, making more money than I ever have at any job I've ever worked. I'm getting to finally relax and not just focus on a paycheck every 2 weeks.

So, I hope these 3 points were insanely helpful to you day. Let's go over them one more time. In a world of consistent posters, how will you stop the scroll? Well, live video is going to help you stop the scroll, even for a couple seconds. And Facebook prioritizes live content in the newsfeed. It's… they will prioritize it over live video, they prioritize it over prerecorded video, and people are actually watching it. And last but not least, it's the only thing that you can do on Facebook that actually notifies your audience. So, I hope these things were helpful. My name is Danny Colella. I'm a Facebook Live Video Marketing coach and consultant. Again, I exist to make sure that you are seen and heard on social media. I've tried, I failed, I've done about everything that you can possibly do just to make sure that live video is efficient, and you don't make mistakes and you stream faster from day 1. If you haven't already, I do have a Facebook Live group where I am going to be offering some specials come January of 2020. And if you're not in that group, you're not going to be part of these specials. And I do some sneak peek free trainings in this group as well. Just search ‘Facebook Live for beginners’, start here, grow here, something else here. So, again, I hope you guys enjoyed this content. If you found it valuable, I would appreciate you clicking that share button and sharing this with a friend that would love to hear this. So, enjoy the rest of your Tuesday, and we'll see y'all soon. Bye-bye. 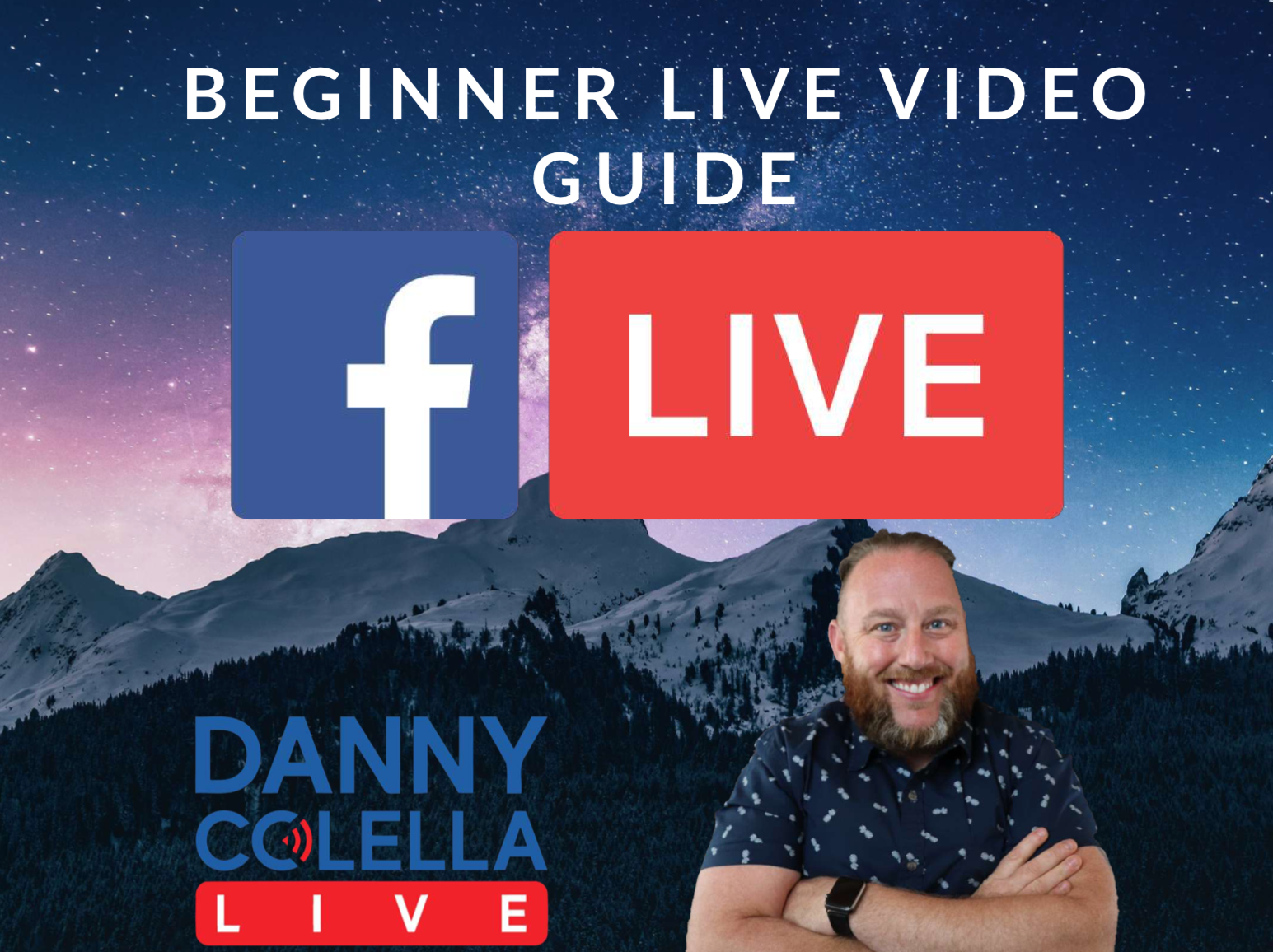 Join our group of of people and business owners wanting to learn more and increase their knowledge around LIVE Video.  Newbies and advanced streamers welcome! 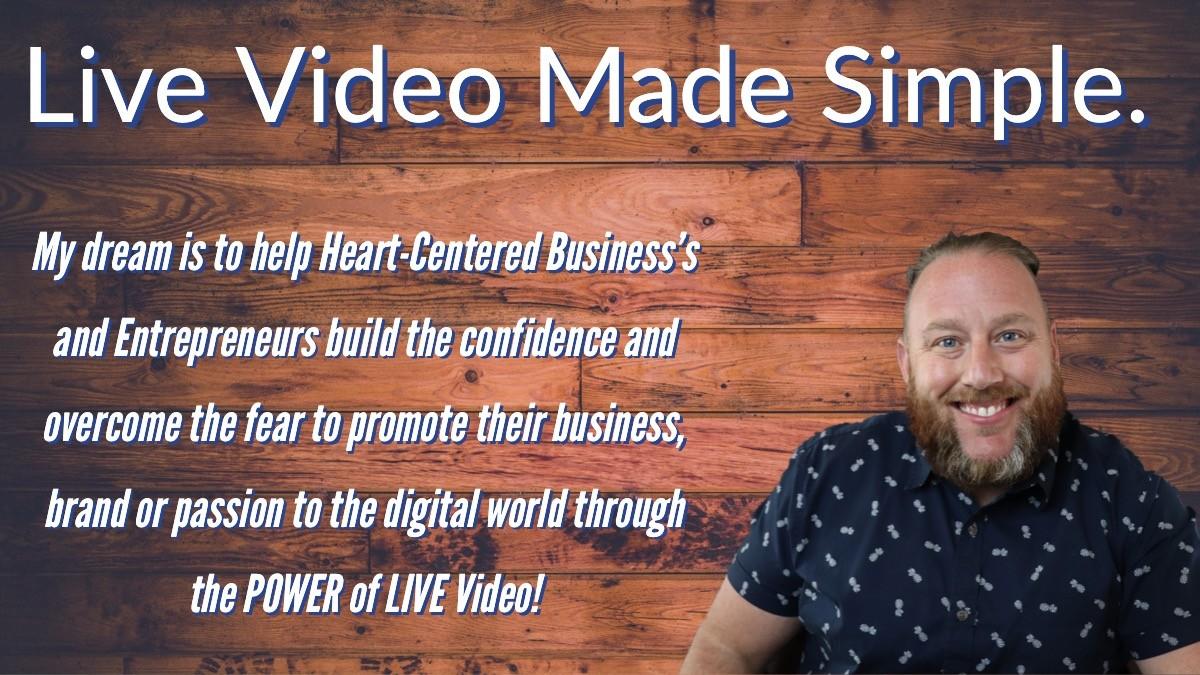